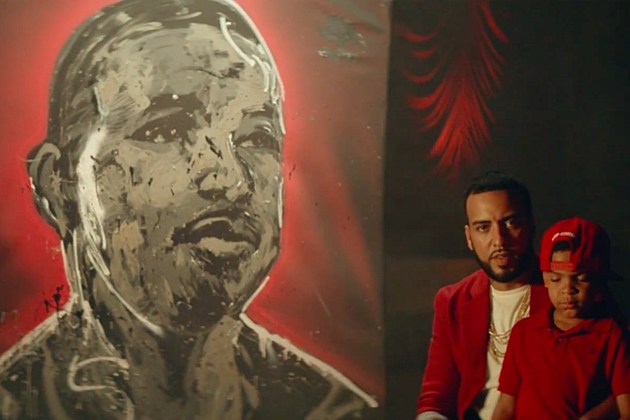 Earlier this year, French Montana released his much-anticipated album Jungle Rules, after a fluctuation regarding his record label and music career. I say with great appreciation that the anticipation was well worth the wait.

In this post, I will be discussing his track Whiskey Eyes, which features the late Chinx who was sadly shot in a drive-by two years ago. The hip-hop collab commemorates Chinx and French’s brotherhood and their antics, but at the same time follows the typical lyrical content and concepts.

I seem to get a Dr. Dre – I Need a Doctor ft. Eminem & Skylar Grey vibe when watching the visuals and listening to Whiskey Eyes, giving me the same sort of emotions and feelings. Maybe the soft, angelic voice that consumes both songs chorus’ and the similar sharp bass/snares complimenting the powerful imagery are what give me that nostalgic feeling. Whiskey Eyes carries a compelling, calculated and lengthy bass formation that joins heavy vibrations, harmony and elegant guitar hooks, adding that hip-hop/R’n’B element in a cathartic manner. I think that the repeated echoes of the chorus during the verses are a clever addition, adding that sense of a persistent presence, maybe just like Chinx’ spirit.

The visuals are dark themed carrying a sombre attitude only made colourful when we see the completion of a painting of Chinx (that is ongoing during the duration of the song) right at the very end of the video where we see French and Chinx’ son sitting beside it. Also if you watch carefully, you will spot an appearance from Drake!

Going back to the typical content and concepts that I mentioned, I kind of expected more lyrical value in terms of French Montana and his story with Chinx, considering the song was made in honour of him. More detail surrounding their friendship and their journey would give the track more of a spark and intimacy, rather I feel that something is missing. The closest sense of devotion and affection we hear from Montana is in the line ‘Chinx son became my own son‘, although there are some other hard-hitting lines regarding their lifestyles and pain e.g. ‘tap your veins put the needle in it‘ and ‘seeing dreams in a bottle‘.

Overall, the song is great in terms of expressing a different side to French Montana, less of the bragging and some emotive lyrics, but just not enough as I felt there was a large chunk of lyrics that could have been incorporated but were not. French’s monotone deliverance lacks excitement and imagination in general, but this song, in particular, seemed to provoke emotion.