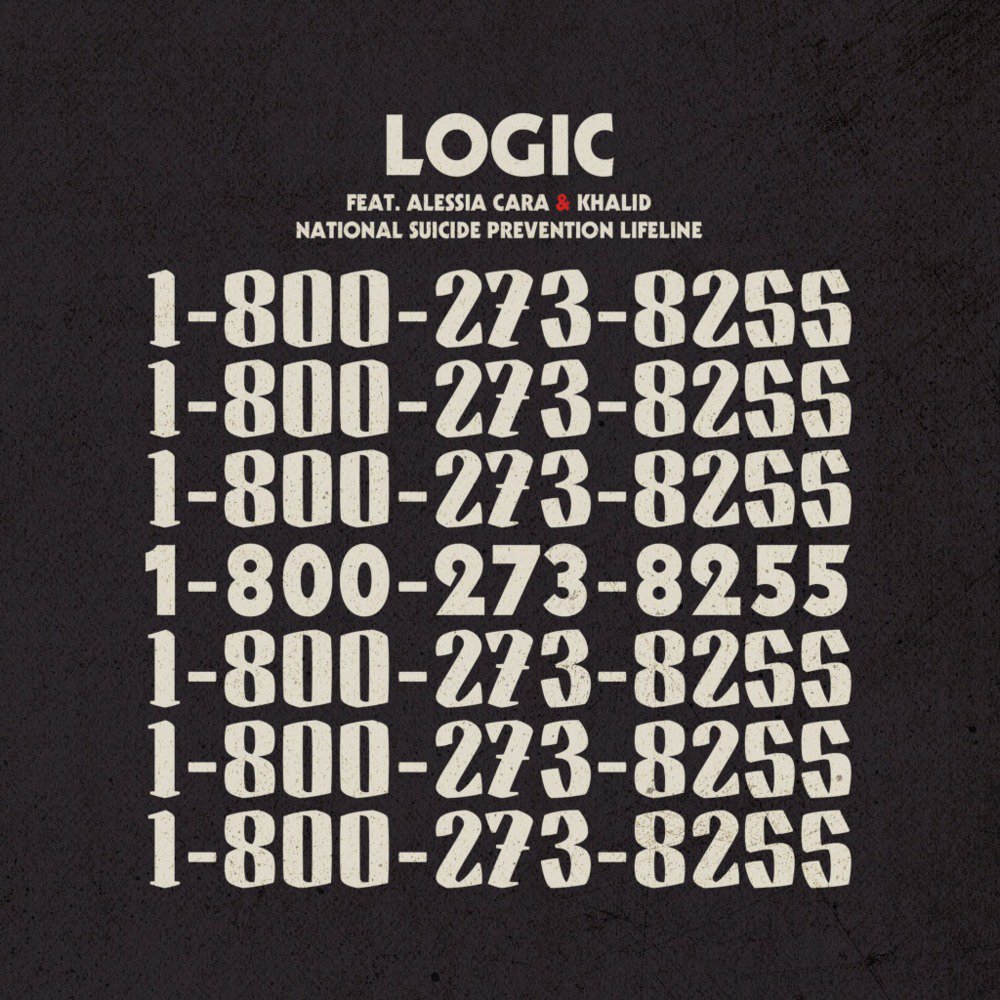 Everybody is likely to have experienced a challenging stage in their lives, whether it be for a day or even years. Quite frankly, it’s a stage in our lives where we feel the most vulnerable and the most alone. But just as you may feel there is no hope left in you, Logic emerges with a track so hard-hitting that my heart hurt a little and suddenly my allergies started to play up!

The entire production of this song, from the chords to the lyrics, acts as a form of catharsis to the listener. I most definitely felt an emotional release when I first heard it. It is safe to say that the violin and piano chords compliment one another nicely to create a fragile layer, joined by the harsh beat which comes in later, adding depth and hip-hop coverage. Following the composition of the track, we find the violin progression taking us on a journey from darkness to happiness as the chords reach a higher, emphatic pitch towards the end. Nevertheless, the violin and piano arrangement must be commended for having the ability to make us all feel a sense of vulnerability ten seconds into the song.

From racism to mental illness

Let’s talk about Logic for a second, the wise legend that is Sir Robert Bryson Hall II. He truly does live up to his stage name Logic, as he speaks a lot of it. Giving his extremely hard upbringing, Logic decided in his latest album Everybody, that he would exert a vast amount of wisdom from racism to drugs, to mental illness. The concepts that he decided to write about while making this album go against the stereotypical ‘white rapper’.

A conversation between Logic and…Logic

Through his low, quite deep vocals, we can hear Logic’s tender voice sing heartfelt and expressively. His lyrics are simple yet articulate, he spreads a strong message that we can all relate to. In a recent interview, when speaking about how his fans have claimed that Logic saved their lives, he said ‘I wasn’t even trying to save your life, imagine if I actually did.’. This was the pinnacle of his career when he realized that he has a huge platform to work off that could actually save lives if he tries. This was the point of his career where Logic’s perspective of music changed and he created an awesome album off of it.

We also have features from Alessia Cara, whose soft and warm voice is so dignified and controlled, I can feel each word that she sings as if she is singing to me. And finally Khalid, whose feature, unfortunately, does not last very long, but his lyrics surely leave a long-lasting impression. Khalid’s feature in this song proves differently to his previous styles of singing, but his delicate voice in this song proves experience and empathy.

The visuals tell a moving story

Moving onto the visuals, they tell a true story, one story of many that unfortunately happens too often in society. The video shows greatly the weakness of society, and by weakness, I mean the single-minded population that draw good human beings to their fate. In my opinion, bigots, sexists, racists, fascists, xenophobes, homophobes and all other forms of prejudice views are the weaknesses of society.

When asked why he chose this particular story to tell, Logic said that he wanted to show the struggles that people face every day. He came to the conclusion that in America, the people who struggle the most are black people, young people, and gay people. So with that theory, he told the story of a young, gay black man trying to find his way in a society that wouldn’t let him.

On that note, I strongly suggest listening to Logic’s new album Everybody. And if ever in doubt, whether you are worth being alive or not, you most certainly are worthy! Go out there and fight for what you believe and achieve what you dream!